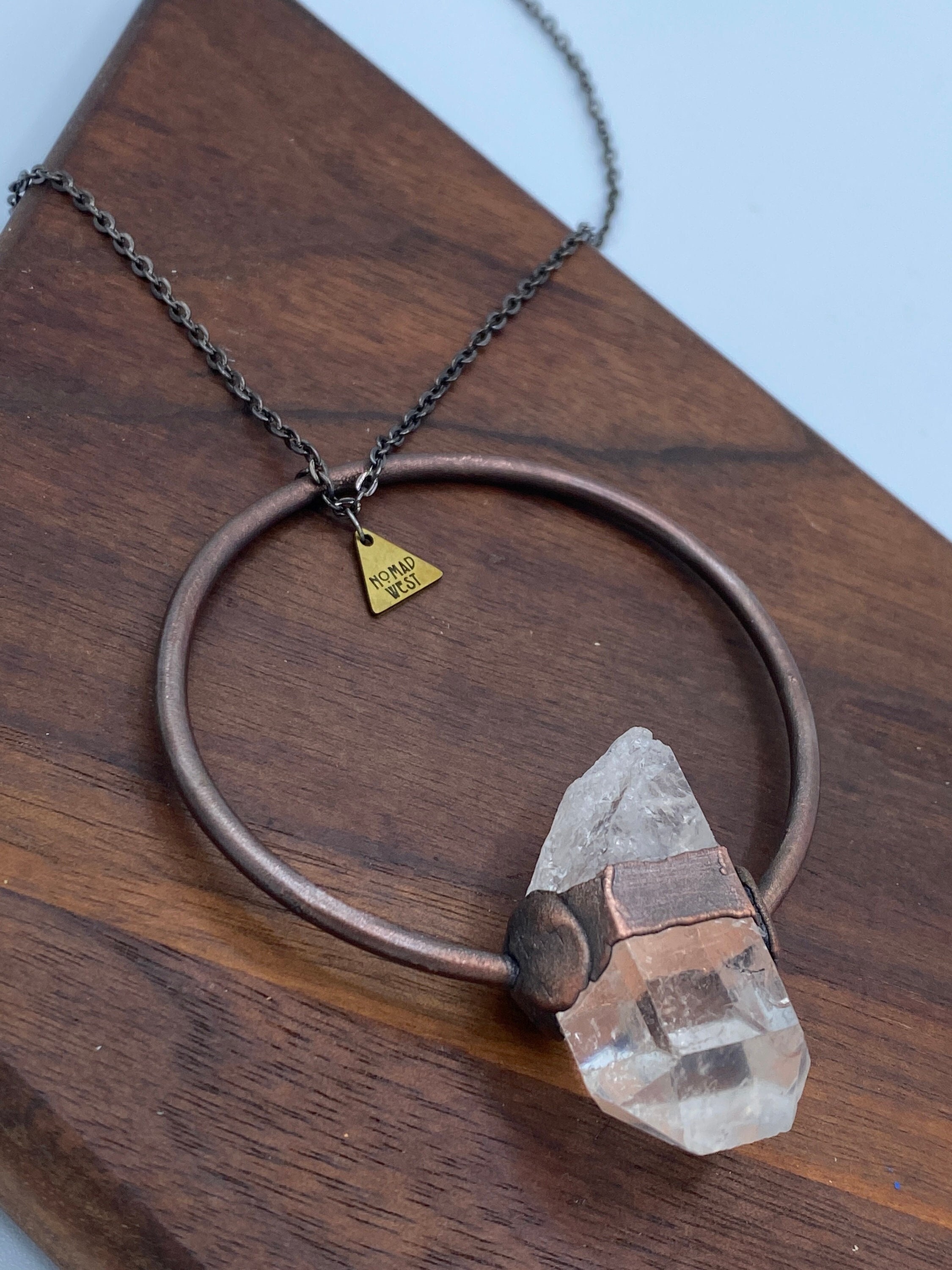 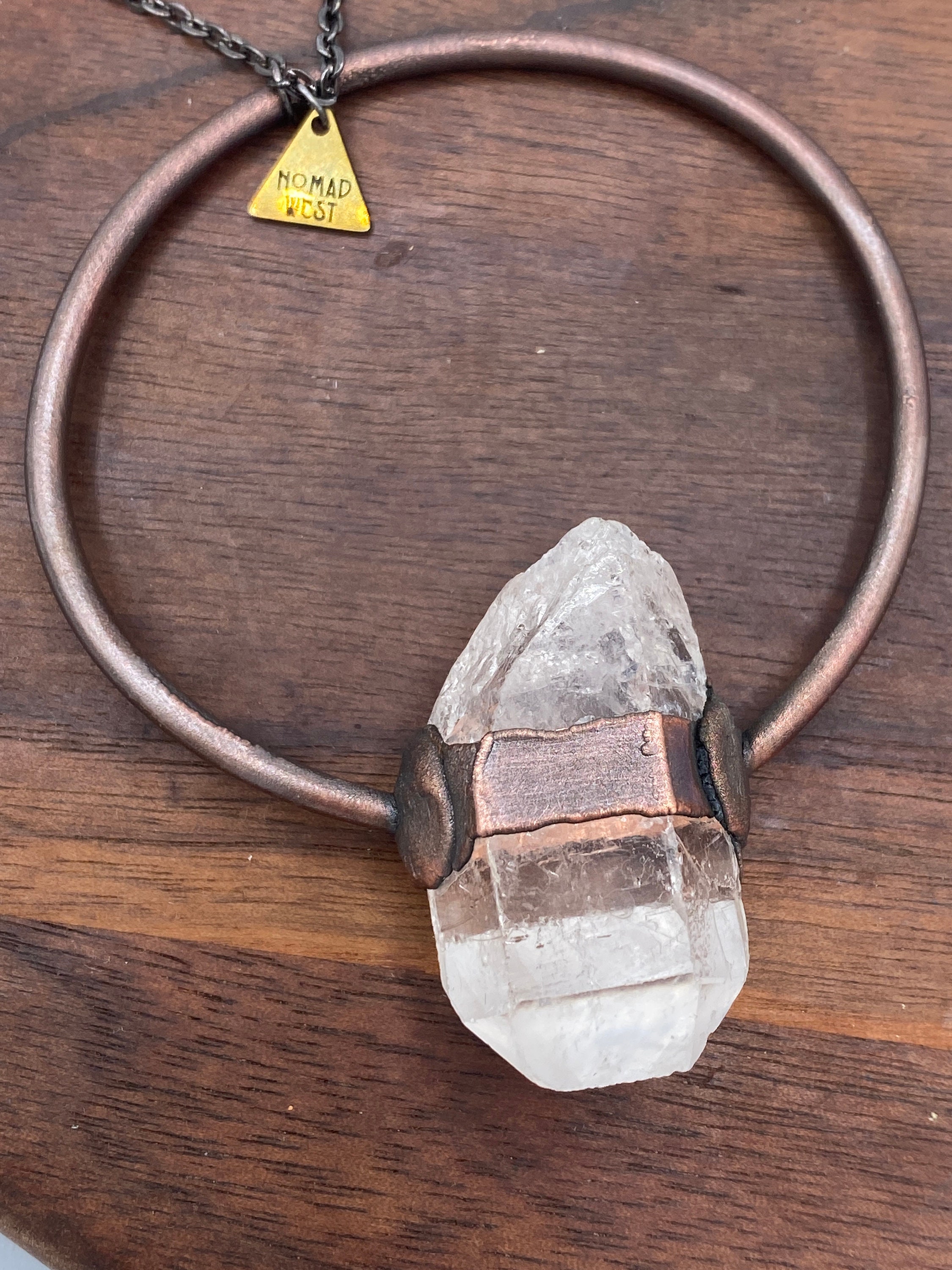 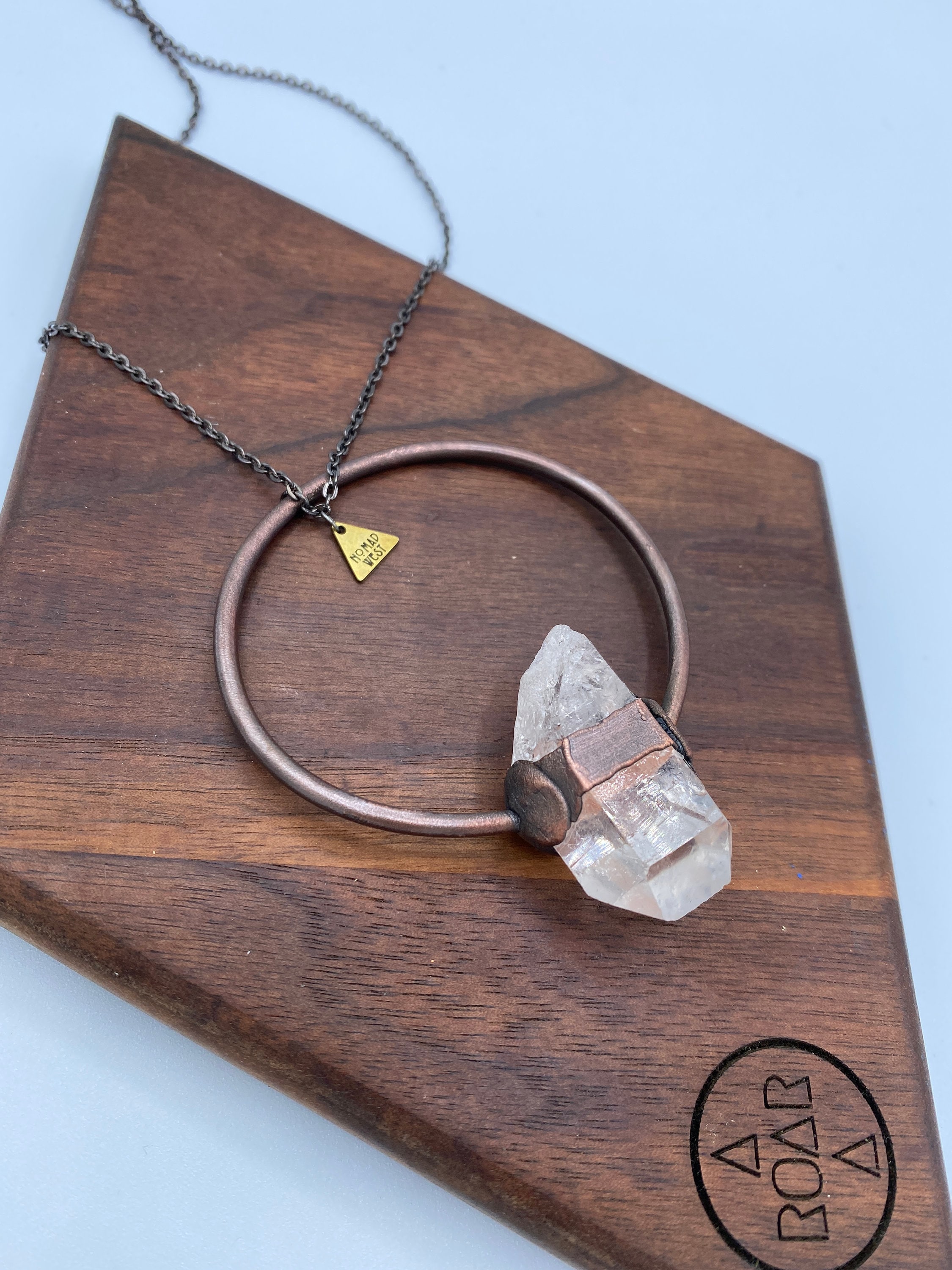 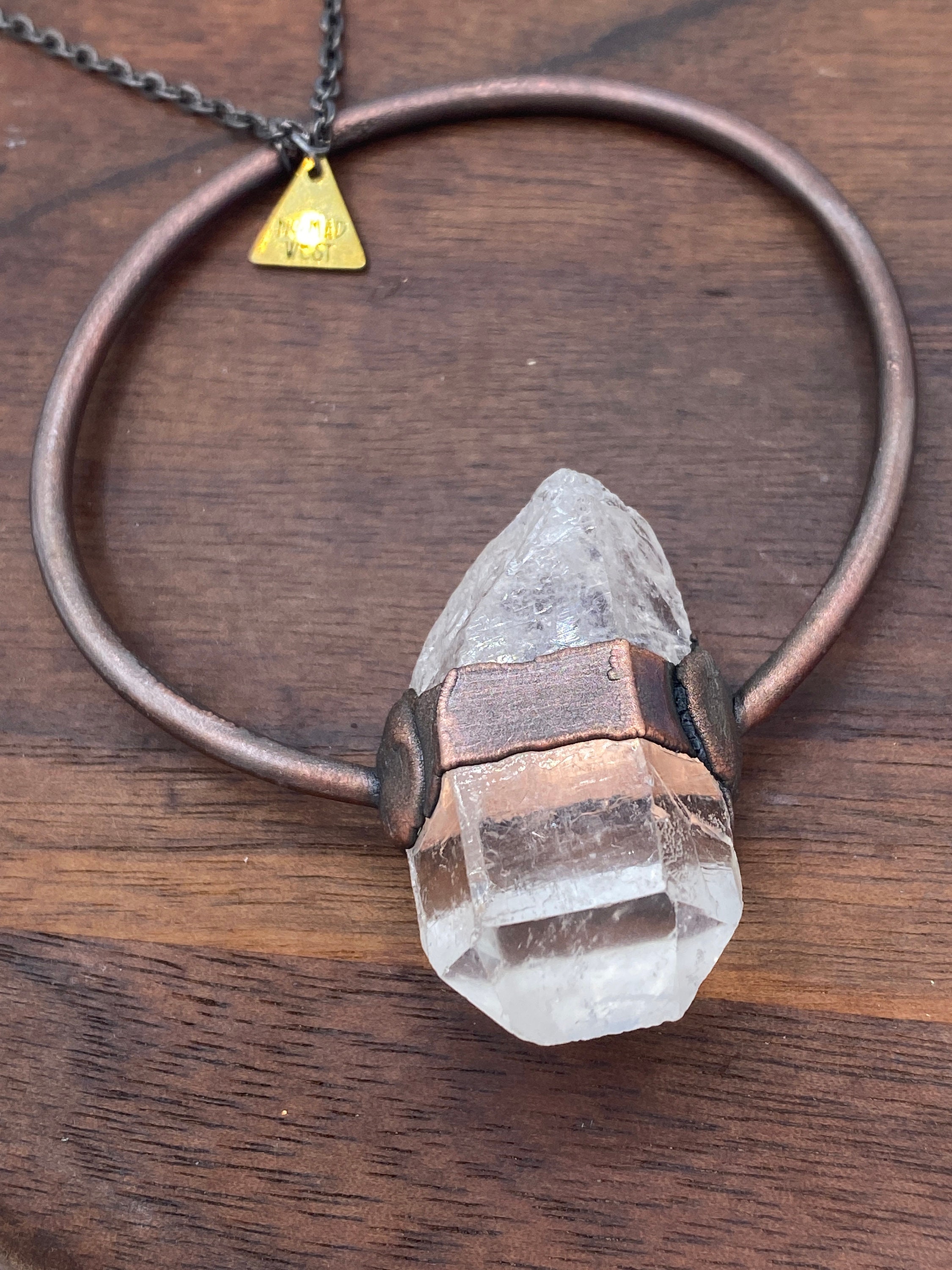 One of a kind Crystal quartz electroformed Talisman necklace

Large Talisman pendant on a 30" gunmetal chain - no clasp

As rich as its historical meaning, Clear Quartz has an ample amount of healing powers. In India, Clear Quartz is used in what could probably be the most comprehensive medicinal forms of this stone.

For instance, their Ayurveda medical system uses crystals, like Clear Quartz, in almost everything. The Hindus also conceived the healing properties of many stones that we know today.

Clear Quartz is also called the Master Healer. It is believed that whatever we associate it with, the stone will intensify its positive energy. Hence, strengthening the natural healing abilities of anything in its wake.

It has countless benefits to the mind, body, and spirit of its bearer. Clear Quartz is genuinely one of its kind.

Copper is one of the most used elements in our society. You’re most likely in a room with all sorts of copper components. Aside from plumbing, technological, and medical uses, this mineral has special healing effects. Wearing Copper on your body is believed to seep within your pores and help arthritis. In Finland, Copper miners were miraculously shielded from arthritic pain, a common medical issue found within local Finnish miners. Werner Hangarter, a German physician, was enamored by this phenomenon and studied the effects of Copper on the body. Werner and his team developed clinical trials showing positive results of Copper for the treatment of rheumatoid arthritis along with neck and back problems.

Ship items back to me within: 7 days of delivery

I don't accept returns or cancellations

But please contact me if you have any problems with your order.

The following items can't be returned or exchanged

Because of the nature of these items, unless they arrive damaged or defective, I can't accept returns for:

0 items in your cart